More guns in America than people

A new study was released regarding worldwide gun ownership naming the US as no. 1 among nations for civilian-owned guns. With more guns in America than people, the US has double the guns of Yemen, which claimed the no. 2 spot on the list.

“There are more than 393 million civilian-owned firearms in the United States, or enough for every man, woman and child to own one and still have 67 million guns left over.” ~ Christopher Ingraham via The Washington Post 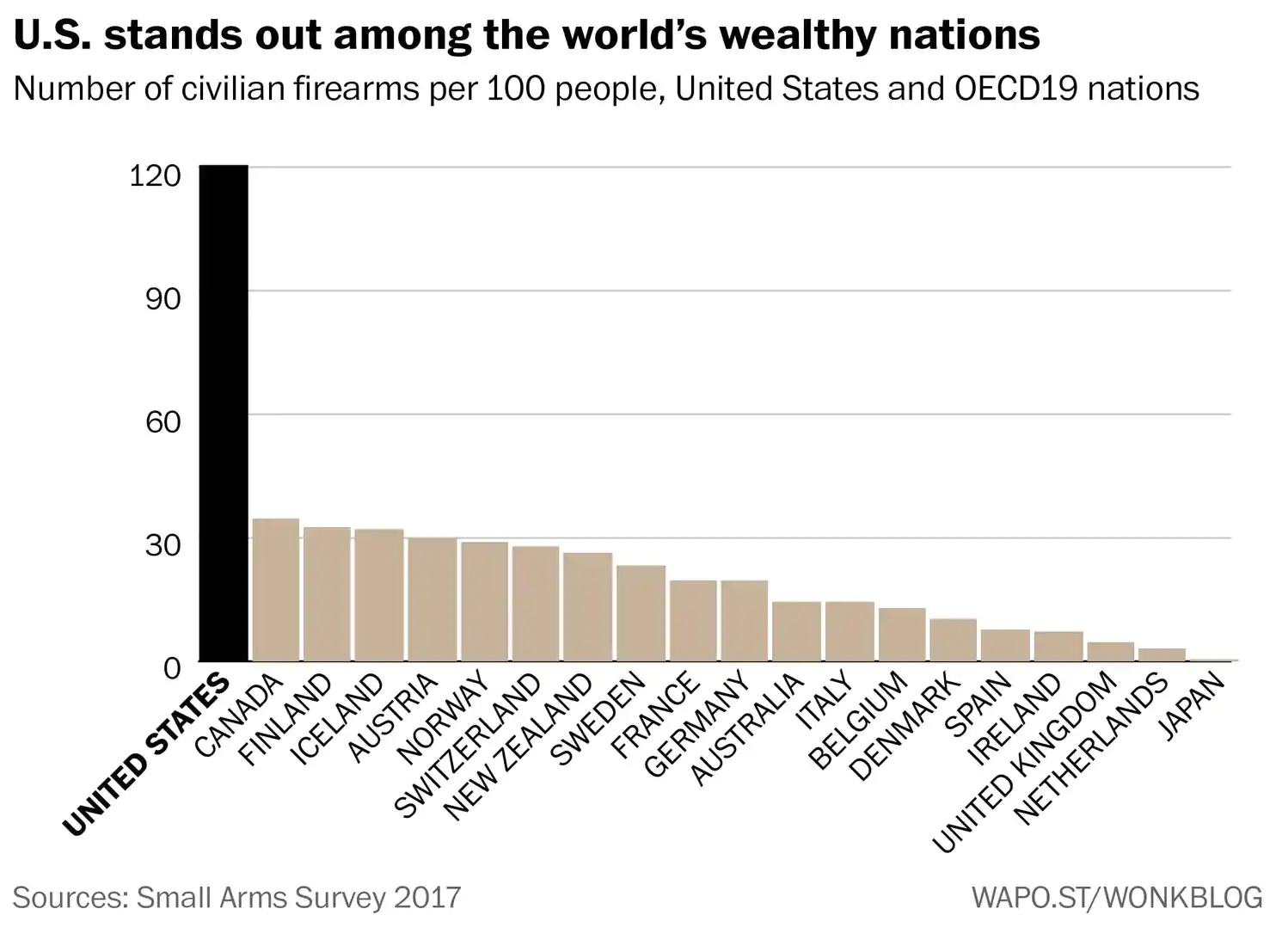 While it may be correlation and not causation, it’s interesting to compare the number of guns in wealthy countries vs. the number of deaths related to gun violence. More guns, more violence...surprising? 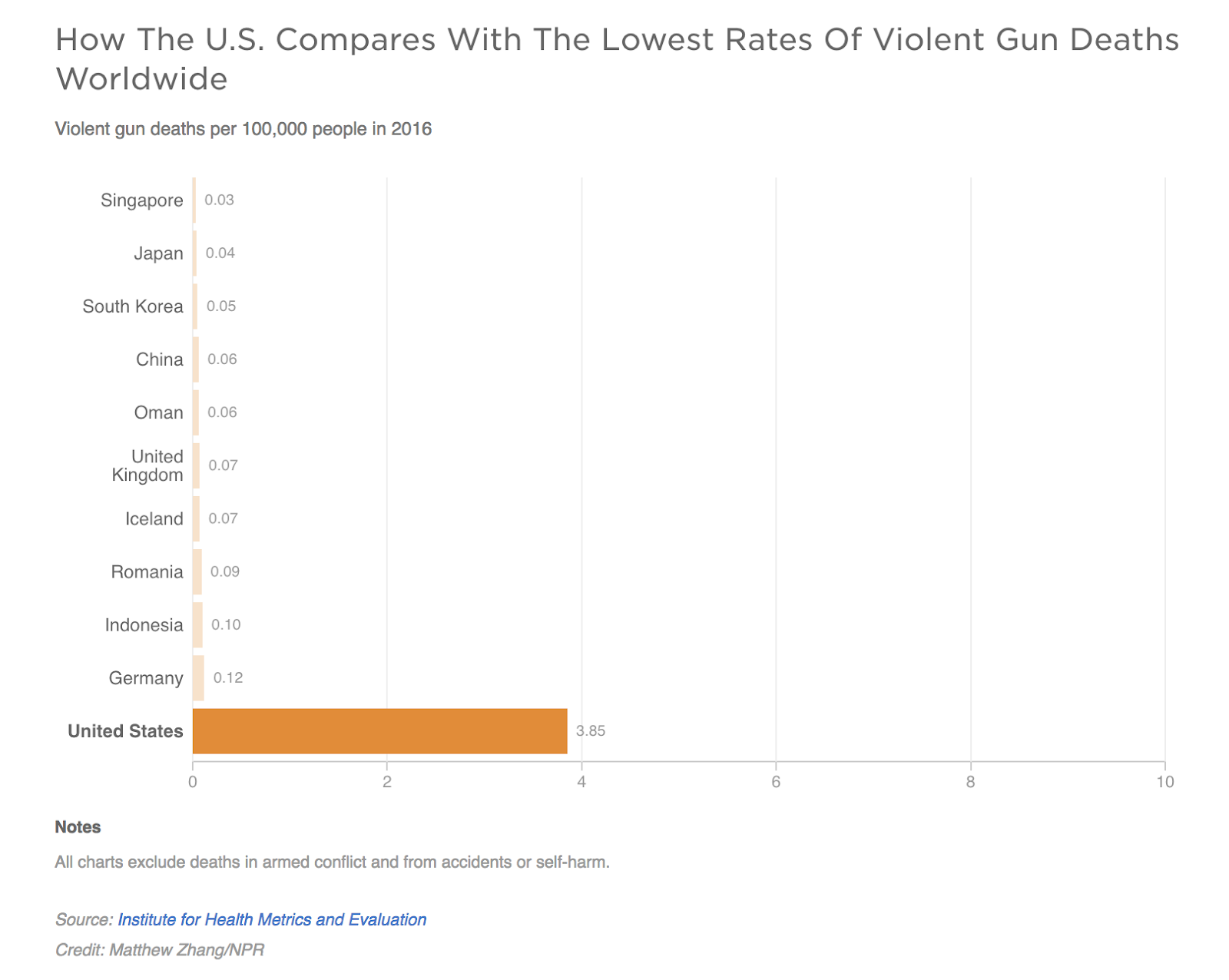