Although International Women’s Day has now come and gone, March is still Women’s Month. When it comes to gender equality, one of the main battles of our times is the fight to close the gender pay gap. Currently, women in the US are paid about 80% on average of what men are paid for the same work.

While women have made great progress since the 1960s when they were paid about 60% of what men earned, change has slowed significantly since 2001. 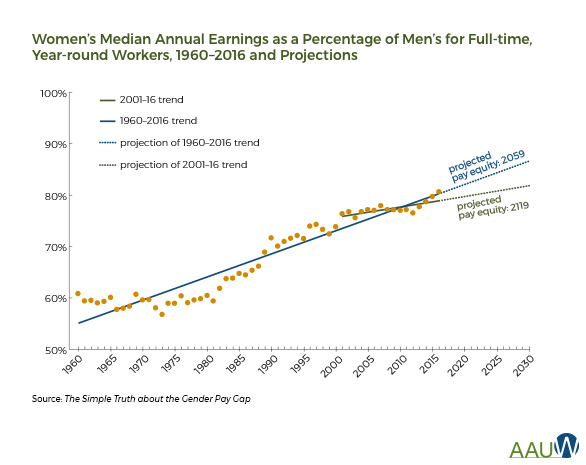 In June of 2016, the Obama Administration took steps to address the gender pay gap with The White House Equal Pay Pledge which asked companies to prioritize pay equity by: